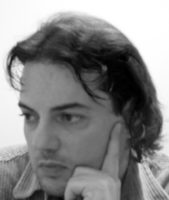 I was born in Athens in 1972. I studied philosophy, pedagogy and psychology at the University of Athens, wherefrom I obtained my B.Phil in 1997. I completed my PhD Thesis in 2002 (“The Idea of Euthanasia in Contemporary Bioethics”) under the supervision of Prof. T. N. Pelegrinis. I have been teaching at the National and Kapodistrian University of Athens since 2004 (first as appointed and then as adjunct lecturer). In 2009 I became a Lecturer in Applied Ethics at the National and Kapodistrian University of Athens (School of Philosophy / Faculty of Philosophy, Pedagogy, Psychology / Department of Philosophy); in 2014 I was elected an Assistant Professor in the same field, and in 2020 I became an Associate Professor. Since 2015 I am the Director of the NKUA Applied Philosophy Research Laboratory and the Head of the Greek Unit of the UNESCO Chair in Bioethics (Haifa). I am also a board member of the NKUA Ethics and Deontology Committee and the Hellenic Pasteur Institute Bioethics Committee. I have authored four books in Greek, one in English, edited one in English, co-edited five in Greek, three in English and one in Serbian. See my academic cv here.